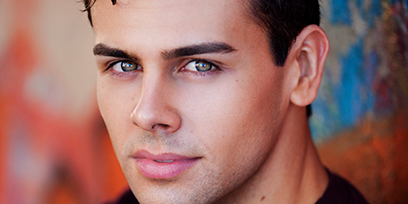 Ainsley was most recently seen playing the title role in Pippin for John Frost and Suzanne Jones to reopen the Sydney Lyric following Covid-19 theatre shutdowns. Prior to this he appeared in Melbourne Theatre Company’s 2019 season playing the role of Molina in Kiss of the Spider Woman.

Ainsley starred in the title role of the Broadway production of Aladdin for Disney Theatrical Productions following his success in the Australian production of Aladdin playing at Sydney’s Capitol Theatre, Her Majesty’s Theatre in Melbourne, Queensland Performing Arts Centre in Brisbane and Crown Theatre in Perth. He also played the title role in the Aladdin live capture at the Prince Edward Theatre in London’s West End and was due to head back to Broadway in 2020 when theatres closed around the world.

Ainsley has appeared as Sonny Malone in Xanadu for Matthew Management at Hayes Theatre Company and performed in The Stonnington Classics series in Broadway S’Wonderful.

Ainsley was a cast member of Hi-5 from 2013-16, appearing in its Australasian tours, the televised Hi-5 House series and the documentary film Some Kind Of Wonderful. The iconic children’s pop group has been released on Netflix with Ainsley as one of the starring hosts.

Ainsley Melham recently co-founded We The Industry Inc. with Callum Francis. The charitable organisation strives for inclusivity across all disciplines in Australian Theatre.