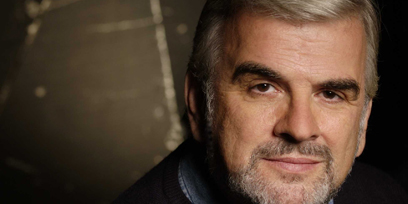 His performances include Madama Butterfly with Royal Opera House, Covent Garden; Candide with Teatro San Carlo in Naples; Falstaff with l’Opera du Rhin; Rigoletto with Opera North and Opera Company of Philadelphia and Tosca with Canadian Opera Company in Toronto.

His extensive concert work has included performances of Mendelssohn’s Elijah in San Francisco and Dallas; Walton’s Belshazzar’s Feast in Dallas and Carnegie Hall; Britten’s War Requiem in Washington, Vaughan Williams’ Sea Symphony in Los Angeles, Elgar’s The Kingdom with the Halle Orchestra in honour of the 150th anniversary of Elgar’s birth and Apostles as part of the BBC Proms 2007 season.

Alan Opie has recorded for CBS, EMI, Hyperion, Chandos, and Decca. Releases include Alan Opie Sings Bel Canto Arias, Britten’s Gloriana, Albert Herring, Peter Grimes for which he received a Grammy Award, Death in Venice and The Rape of Lucretia; the title role in Dallapiccola’s Ulisse; Tonio in I Pagliacci; Enrico in Lucia di Lammermoor; the role of Smirnov in Walton’s The Bear, Ernani, Il Trovatore, the title role in Il Barbiere di Siviglia and Beckmesser in Die Meistersinger von Nürnberg under Sir Georg Solti for which he received his second Grammy award.

Recent appearances have included the leading role in the world premiere of Michael Berkeley’s opera For You at the Linbury Theatre, Covent Garden and UK tour, his return to La Scala as Kolenaty in The Makropoulos Case and singing the title role in Falstaff for Opera National du Rhin, Strasbourg.

Future plans include a return to Opera Australia in the title role of Rigoletto and singing Falstaff at the Teatro Colon, Buenos Aires.  He will appear with the Bergen Philharmonic  Orchestra to sing Walton’s Belshazzar’s Feast and Mahler’s Lieder eines Fahrenden Gesellen & with the New York Philharmonic where he will sing the role of The Forester in staged performances of Janacek’s The Cunning Little Vixen in a production conducted by Alan Gilbert and directed by Doug Fitch.