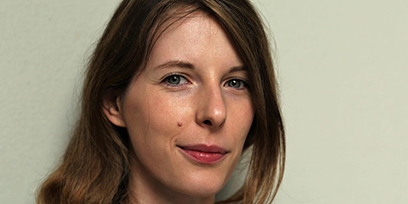 Born in 1984, Alessandra Premoli graduated with distinction at the University of Milan in Theatre, Cinema and Television Sciences under the supervision of Cesare Lievi and then completed his masters with a distinction at IUAV University in Venice in Theatre Sciences and Techniques, studying with renowned professional figures, such as Margerita Palli and Vera Marzot.

In 2008, after winning a IUAV university contest to participate at the creation and new production of  La Virtù de’ strali d’amore by F. Cavalli , under the tutoring of Davide Livermore at Teatro La Fenice of Venezia, she soon started working for him as director assistant in many world-famous opera theatres and opera festivals (between them some of the most important are Attila by G. Verdi and Tamerlano by G.F. Händel at Teatro alla Scala in Milano, Vespri siciliani by G. Verdi for the 150 years of the Italy Unification at Teatro Regio of Torino, L’Italia del destino by L. Mosca premiere mondial at the 74º Festival del Maggio Musicale Fiorentino, and Il Barbiere di Siviglia by G. Rossini for the 200 years of the opera at Teatro dell’Opera in  Roma.)

From 2013 she is in charge to stage many revival productions signed by Livermore in renowned theatres such as  Demetrio e Polibio by Rossini at Teatro San Carlo in Napoli, Tosca by Puccini at Teatro Carlo Felice in Genova, Ciro in Babilonia by Rossini at XXXVII Rossini Opera Festival in Pesaro, Adriana Lecouvreur by F. Cilea at Opéra of Saint-Etienne and in 2018 she collaborates with Livermore in the mise-en scene of Un ballo in maschera by Verdi at Bolshoi Theatre in Moscow.  She classified ranked second at the European contest Opera for young directors by Associazione Lirica e Concertistica Italiana di Milano, Opéra Royal de Wallonie and Teatro Real de Madrid.

From 2011 she began her own activity as director and playwright in theatre-music productions in opera theatres such as Teatro Regio di Torino, Teatro Carlo Felice di Genova, Teatro Sociale di Como and many others. With L. Baldinetti she collaborates with Istituto Gaslini in Genova, creating for Teatro Carlo Felice new theatre-dance productions, with the partecipation on stage of children hospitalized in neuro-psychiatry ward together with professional dancers.

In 2014 she made her debut at Palau de les Arts Reina Sofia in Valencia, making the mise-en-espace for “Concierto omenaje a Placido Domingo” at the presence of the singer himself.

In December 2015 she performed as director L.C. Silla by G.F.Händel at Palau de les Arts Reina Sofia in Valencia, new production with the conduction of Fabio Biondi. In August 2018 she staged with success the new production of Gli Amori di Apollo e Dafne by F. Cavalli at the Innsbrucker Festwochen der Alte Musik.