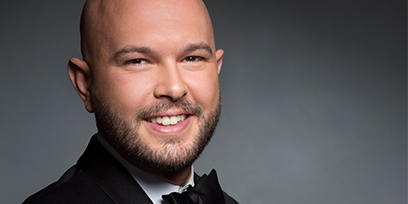 Alexander is a WAAPA graduate and current member of Opera Australia’s Young Artist program. For two years he was a member of the Opera Australia Schools Program, performing around New South Wales in productions of The Magic Flute and The Barber of Seville. He performed the roles of Marcello, (La Bohème) Escamillo (Carmen), Germont (La Traviata) and Olin Blitch (Susannah) with Opera New England. With Opera Hunter Alexander played the title roles in their productions of Don Giovanni and The Marriage of Figaro for which he won a CONDA. With Central Coast Opera Alexander performed the roles of Sarastro (The Magic Flute), Escamillo (Carmen) and Marcello, (La Boheme). He has also performed with the Opera Australia Chorus in their productions of Carmen, Parsifal and The Nose.

In 2021 Alexander will be making his Opera Australia main stage debut in the role of Baron Douphol in La Traviata on Sydney Harbour.