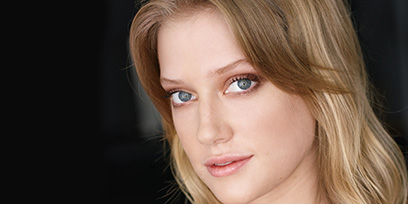 Alexis made her professional Music Theatre debut in the 40th anniversary production of Evita as the ‘Mistress’, alongside Tina Arena. She has since completed her Bachelor of Music Theatre at the Victorian College of the Arts. On screen, Alexis has appeared in short film, The Westbury Faery and performed the Australian national anthem at the State of Origin, Cox Plate, the Melbourne Show and the National Basketball League. Also a live musician and songwriter, Alexis plays guitar, piano, and violin, speaks German and Mandarin and is an avid crocheter. Alexis would like to thank her family, Ian White Management, her teachers at VCA, and pay her respects to the traditional owners of the lands on which we are performing.