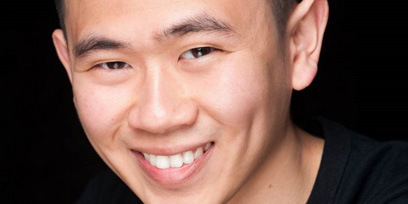 Aljin graduated from NIDA in 2006. He has worked as an actor both nationally and internationally in film, television, animation, theatre and voice-over sectors. He made his stage debut in the Melbourne Theatre Company and Belvoir seasons of The Sapphires in 2005 and reprised his role in their subsequent South Korean and London tours.


In 2015 Aljin continues his Australian tour as the title role in Bell Shakespeare and Theatre of Image’s co-production of Monkey: Journey to the West. Selected stage credits include La Cage Aux Folles, The Good Person of Szechuan, Moths, Triumph, Strangers in Between, Three Sisters, The Matchmaker, Love Labour’s Lost, The Laramie Project, The Fortunes of Richard Mahony, Anything Goes and The New Black, and film, TV and animation credits include I Love You Too, Underbelly Files: The Man Who Got Away, Who Wants To Be A Terrorist?, Just Punishment, Power Rangers Jungle Fury, The Dr Blake Mysteries, City Homicide, Noah & Saskia, Neighbours, Guinevere Jones, Bootleg, Legacy of the Silver Shadow, Blue Heelers, Horace & Tina and High Flyers.