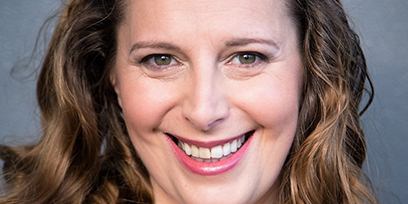 Noted for singing ‘with dramatic flair as well as vocal power’, New Zealand soprano Amanda Atlas (nee Winfield) is a unique and compelling performer. She has performed leading operatic roles across Europe, America and Australasia, where she quickly gained reputation as a real singing actress, equally at home in opera, musical theatre, and in concert.


She made her Nashville Opera debut singing Poulenc’s one-woman opera La Voix Humaine to great critical acclaim, then made her Lincoln Center debut in the world premiere of Soong’s Return to Paradise, sharing the stage with famed late tenor Jerry Hadley.


After her performance of the Four Last Songs, Christopher Morley of the Birmingham Post wrote ‘Amanda (Winfield)… showed herself profoundly attuned to the texts and vocally capable of soaring above the dark colours of the eloquent scoring. Such was the triumph of this performance… that there was a sense that Brünnhilde’s Immolation from Wagner’s Götterdämmerung might be over the horizon’.


Recent seasons have seen Ms Atlas return to New York, singing Magda in Menotti’s The Consul (receiving great critical acclaim in the US opera media – Opera News wrote ‘Amanda (Winfield)'s portrayal of Magda grew in intensity from beginning to end. The high point of The Consul is Magda's… "To this we've come." (Winfield) paced the line perfectly, ultimately arriving at a conclusion of powerful anguish’); performing the role of Gerhilde and the cover of Sieglinde in the New Zealand Symphony Orchestra’s nationwide tour of Wagner’s Die WalküreHansel and Gretel


In 2013, Ms Atlas was invited to become a Resident Artist with New Zealand Opera, she covered the role of Senta in The Flying Dutchman and Musetta in La bohème. She performed the soprano solo in the Verdi Requiem with the Trust Waikato Symphony Orchestra.


Her 2014-15 season included the soprano solo in Mahler’s Second Symphony with Christchurch Symphony and Melbourne Youth Music, a concert tour of New Zealand with Operatunity, the soprano solo in Carmina Burana with the Hamilton Cantando Choir and Trust Waikato Symphony Orchestra, and a recital of Wagner’s Wesndonck lieder in Sydney.


2016 engagements include her role debut as Annina in New Zealand Opera’s La traviata, soprano soloist in the Brahms Requiem with Atlas Voices, and her debut with Opera Australia performing Siegrune and covering Second Norn in their Ring Cycle.