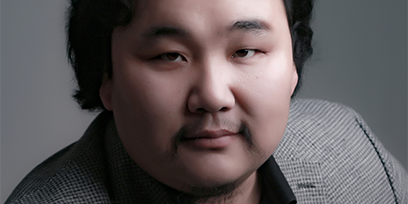 Amartuvshin was born on March 23, 1986 in Sukhbaatar, Mongolia. He is the Principal Soloist of the State Academic Opera House of Mongolia. He became the Honored Artist of Mongolia at the age of 24.


He already performed in multiple concerts around the world including Seul, Kiev, Paris, New York, Singapore and Stanford CA; he also recently performed Count Monterone in Rigoletto in Valencia, Verona and Genoa, Amonasro in Aida for the Krasnoyarsk Opera House in Krasnoyarsk, Russia, La Forza del Destino in Tel Aviv, Simon Boccanegra in Naples and Il Trovatore in Padova.


Among his future engagements include: Tosca in Piacenza, Rigoletto in Melbourne (Australia), Macerata, Florence and Liege, Pagliacci in Palermo, Nabucco in Parma, Berlin, Palermo and Liege.