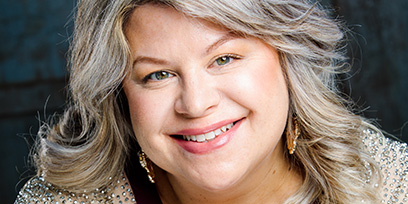 American soprano Amber Wagner has been featured in Opera News as one of twenty-five artists poised to break out and become a major force in classical music. In a recent review of Wagner’s Der fliegende Holländer at The Metropolitan Opera, the New York Times described her as possessing a “powerful, gleaming and richly expressive voice [which] was ideal for the music.”

Amber Wagner made her Australian debut with Opera Australia as Sieglinde In the 2016-2017 season. Recent season highlights include a rare opportunity for Ms. Wagner to show her considerable comedic talents as Ruth in Cincinnati Opera’s The Pirates of Penzance in the summer of 2022, a return to her Wagnerian roots as Brangäne in Tristan und Isolde with Seattle Opera in the fall of 2022, a concert with the Boston Symphony Orchestra under the baton of Music Director Andris Nelsons featuring Act 3 of Tannhäuser in the winter of 2022, and Alice in Falstaff with Palm Beach Opera in March 2023.