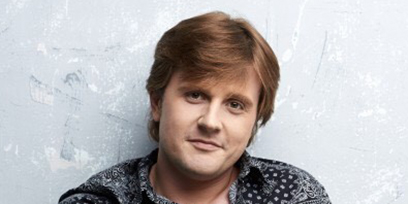 Recent engagements include: a new production of La Bohème and Don Pasquale at Opernhaus Zürich, the title roles in Eugene Onegin and Billy Budd at Oper Köln, Eugene Onegin at Vilnius City Opera and Elisir d’amore at Steinbruch St Margarethen. Pelléas at Scottish Opera, Eugene Onegin Deutsche Oper Berlin and L’elisir d’amore at Bayerische Staatsoper Munich. In concert he sang his first Mahler 2nd Symphony in Kiev and embarked on a recital tour of the US and Europe with Gary Matthewman, where venues included Wigmore Hall London, Carnegie Hall New York and Konzerthaus Vienna.

He sang in the theatre/opera project by “The Giacomo Variations” alongside John Malkovich and has toured extensively with Larissa Gergieva. Andrei took part in the Salzburg Festival Young Singers Project, following which he returned to the Festival for Gounod Roméo et Juliette with Yannik Nézet-Seguin and Le rossignol with Ivor Bolton.

Andrei has recorded Don Giovanni (title role) and Le nozze di Figaro (Conte) for Sony Classics, Rachmaninov songs with Iain Burnside at the Queens Hall in Edinburgh for Delphian Records as well as the highly acclaimed Lieutenant Kijé Suite on the BIS label.

Andrei was born in 1987 in Kamenez-Podolsky, Ukraine. He has been is soloist of the Mariinsky Academy of Young Singers for 8 years. In 2003 he entered the vocal department of the National Tchaikovsky Academy of Music in Kiev, Ukraine and in 2004 was admitted to the vocal department of the Kiev Conservatory. Andrei was then a soloist of the Ukraine National Philharmonic Society.