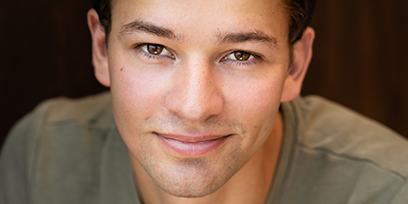 NZ born Andrew Coshan graduated from the Western Australia Academy of Performing Arts (WAAPA) in 2018, and has since worked professionally on both sides of the Tasman.

Notable works include Melbourne Theatre Company’s A View From The Bridge for which his portrayal of Rodolpho earned him a Green Room Award nomination, Australian Shakespeare Company’s Hamlet as Laertes, the world premiere season of My Brilliant Career as Harold Beecham, The Production Company’s Thoroughly Modern Millie, the New Zealand Tour of Jersey Boys as Nick Massi and most recently starring as Franklin Shepard in Merrily We Roll Along at the Hayes Theatre in Sydney.