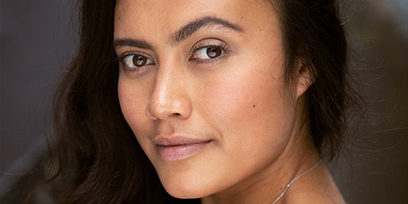 After graduating with a Bachelor of Musical Theatre from the Queensland Conservatorium, Griffith University in 2016, Angelina made her professional debut as a swing in the Australian premiere production of Beautiful: The Carole King Musical (Michael Cassel).

Angelina was seen in the iconic rock musical, Rent, at the Sydney Opera House. She was also part of Opera Australia’s 2019 production of West Side Story on Sydney Harbour playing Consuelo. Angelina played the role of Megan Jones in the play PUFFS, and she was seen in The Production Company’s Thoroughly Modern Millie and Ragtime, staged at Melbourne’s Arts Centre. Angelina’s television credits include the recently broadcast ABC TV drama, Wakefield. Her one-woman cabaret, Hinano, was staged at Darlinghurst Theatre Company as part of their Bloom Festival in 2020.