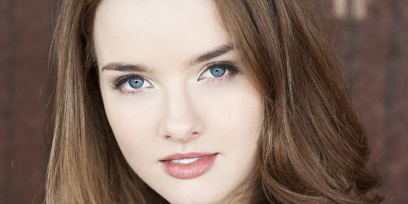 
After graduating from the Victorian College of the Arts, Anna was cast by Andrew Lloyd Webber to create the role of Christine Daaé in Love Never Dies, his sequel to The Phantom of the Opera. Anna was nominated for Sydney Theatre and Green Room awards for her performance.


Love Never Dies was filmed and released in cinemas internationally by Universal Pictures; the DVD and Blu-Ray release debuted at number one on the international music charts and number four on the overall charts.


Following the success of Love Never Dies, Anna made her West End debut as Christine in The Phantom of the Opera at Her Majesty’s Theatre, London. She then created the role of Jenny Lind in Cameron Mackintosh’s Barnum, the process of which was featured in a Channel 4 documentary The Sound of Musicals.


Anna returned to the West End in Robert Allan Ackerman’s Strangers on a Train and in 2015, she played Anne Egerman in A Little Night Music as part of the show’s 40th anniversary celebrations. She debuted with English National Opera in their landmark production of Sweeney Todd, starring Bryn Terfel and Emma Thompson.


Anna became the first actor to perform as Christine in The Phantom of the Opera in Russia, a performance broadcast nationally from the Bolshoi Theatre as part of the Golden Mask Awards.


She regularly performs internationally on the concert stage, and has sung for royalty and world leaders.


In 2015 Anna returned to her hometown of Melbourne to star in West Side Story before returning to the West End in November 2015 to appear in Kings of Broadway and complete a UK tour of Guys and Dolls.