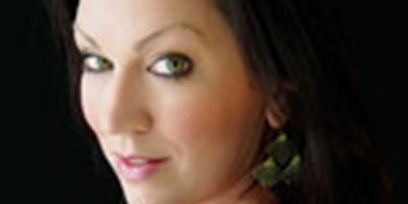 One of Australia’s most accomplished and best-loved sopranos, Antoinette Halloran performs regularly with all the major Australasian opera companies and symphony orchestras and appears frequently on national television and radio. In 2020, she sings the title role in Tosca for Opera Queensland and, for State Opera of South Australia, Mrs Lovett is Sweeney Todd and Olive in Summer of the Seventeenth Doll.

2017/2018 engagements included the title roles in Tosca for West Australian Opera (Helpmann Award nomination) and The Merry Widow for State Opera of South Australia, Praskovya in The Nose for Opera Australia, The Fox in The Cunning Little Vixen for Victorian Opera, associate artist for José Carreras’ National Tour and concert appearances with the Melbourne, West Australian, Wellington and Christchurch Symphony Orchestras. In 2019, she sang Lady Macbeth (Macbeth) and Mrs Lovett (Sweeney Todd) in Perth and The Fox in Adelaide.

A graduate of the Victorian College of the Arts and recipient of an Honours Degree in Music from the University of Melbourne, Antoinette has appeared in many productions ranging from opera to musical theatre and cabaret.

Antoinette also featured as a guest judge and panelist on the ABC television series Operatunity Oz and has appeared regularly on the hit show Spicks and Specks</em>; she was a presenter for ABC’s Art Nation – covering stories on opera and music theatre.

Antoinette has also been a regular visitor to Japan, China and Indonesia where she is much in demand as a guest artist. She recorded Puccini Romance for ABC Classics with tenor Rosario La Spina and the Queensland Symphony Orchestra.

She was a recipient of the Puccini Award and has performed throughout Europe and America with thanks to the Acclaim Awards.