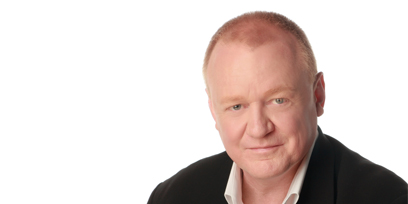 Australian baritone Barry Ryan graduated with honours from the Sydney Conservatorium of Music in 1981.  His many awards for singing include the Shell Aria, the New York Metropolitan Auditions, Marten Bequest for Singing, the Vienna State Opera Award and the Green Room Award.


Barry Ryan has performed with Europe’s leading opera companies including the Royal Opera Covent Garden, La Scala Milan, the Opera Comique in Paris, the Paris Opera Bastille, the Deutsche Oper am Rhein Düsseldorf, the Flemish Opera Antwerp, the Komische Oper Berlin, Basel Opera and the Otono Festival Opera Madrid.  He was a principal artist with the Cologne Opera from 1988 to 1992 and in 1993 made his Australian Opera debut in Die Meistersinger von Nürnberg.  Since then, Barry Ryan has performed with opera companies throughout Europe, Australia and New Zealand.


Barry Ryan has performed in concert throughout Europe, Australia and Asia and has been seen in televised performances of opera in Germany, Belgium, the Netherlands, France and Australia.  He has performed on radio for the BBC London, the ABC in Australia, the WDR in Germany, Norwegian Radio and Radio Tokyo.


He has performed under the batons of some of the world’s leading conductors, including, Riccardo Muti, Zubin Metha, Sir Charles Mackerras, Carlo Felice Cillario, Richard Hickox and Simone Young.


Barry Ryan is also a lecturer in Voice and Opera at the Sydney Conservatorium of Music.


In 2007, he became a fulltime soloist with Opera Australia and has since sung Marcello (La bohème), Sharpless (Madama Butterfly), Amonasro (Aida), Alex in the World Premiere of Bliss, Sonora in La fanciulla del West and George Milton in Bruce Beresford’s new production of Of Mice and Men.  Guest appearances have included Pizarro (Fidelio) for Opera Queensland.


In 2013, Barry Ryan sang the title role in Nixon in China for Victorian Opera – for which he received Green Room and Helpmann Award nominations.  He also appeared as Gunther in Der Ring des Nibelungen for Opera Australia and received the Medal of the Order of Australia for his service to music.


In 2014, he sang Sharpless for Opera Australia in Sydney, Nixon in Dublin, Ireland and Scully in the World Premiere Production of The Riders for Victorian Opera.  He returns this year for further performances of Madama Butterfly at Opera Australia.