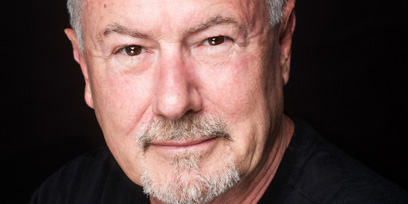 Bartholomew has been a professional actor, singer and presenter for over 40 years evolving into an accomplished and admired theatre and screen character actor. He has worked extensively across film, television and theatre both nationally and internationally. Most recent theatre appearances include the role of Captain George Brackett in South Pacific for Opera Australia/John Frost, the role of Byron Mayo in the world premiere of An Officer and a Gentleman and the role of Victor Komarovsky in the world premiere of Dr Zhivago.


His other music theatre credits include Fiddler on the Roof, Jekyll and Hyde, Titanic, A Little Night Music, Oliver, Man of La Mancha, The Sound of Music, Side by Side by Sondheim, Company and many more. Bartholomew also has considerable television credits including some of Australia’s most popular drama and soap opera classics such as Always Greener, All Saints, Over the Hill, the role of Chris Piper in The Young Doctors, the role of Nick Grainger in Skyways, The Sullivans, The Challenge, Tales of the South Seas and Tough Nuts. His film credits include Space and Beyond produced by Village Roadshow Productions, Dynasty the Making of a Guilty Pleasure broadcast on US ABC and the Lucille Ball story Lucy,produced by CBS.


Bartholomew is in demand for his voice over work and can be heard behind several features and advertising commercials including Superman Returns, Australia, Daybreakers and Mao’s Last Dancer.