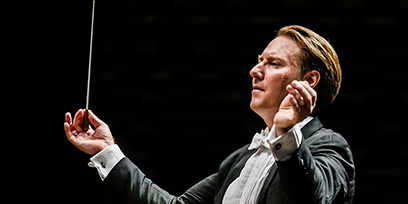 Northey studied conducting with John Hopkins at the University of Melbourne Conservatorium of Music.  In 2001, he was awarded first prize in the Symphony Australia Young Conductor of the Year Competition under the direction of Jorma Panula. In 2002, he was he was accepted as the highest placed applicant to Finland’s prestigious Sibelius Academy where he studied with Leif Segerstam and Atso Almila until 2005.  He completed his studies at the Stockholm Royal College of Music with Jorma Panula in 2006.  In 2009/10, he was chosen as one of three conductors worldwide to participate in the Allianz International Conductor’s Academy with the LPO and the Philharmonia Orchestra.

Northey is highly active in the performance of Australian orchestral music having premiered numerous major new works by Brett Dean, Peter Sculthorpe, Elena Kats-Chernin, Matthew Hindson and many others.  An Honorary Fellow at the University of Melbourne Conservatorium of Music, his awards include the prestigious 2010 Melbourne Prize Outstanding Musician’s Award and the 2002 Brian Stacey Memorial Scholarship as well as multiple awards and nominations for his numerous recordings with ABC Classics.

In 2022, he conducts the Christchurch and New Zealand Symphony Orchestras and all six Australian state symphony orchestras.