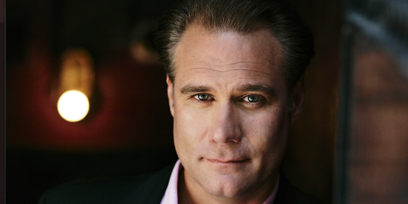 Praised by The Wall Street Journal for his “ardent, heroic tenor and strong acting,” Brandon Jovanovich is sought after by the world’s finest opera companies for his passionate stage portrayals of leading roles in French, Italian, German, and Slavic opera.


In the 2015-2016 season, Mr. Jovanovich returns to Opernhaus Zürich for his role debuts as the Tambourmajor in a new production of Berg’s Wozzeck directed by Andreas Homoki and conducted by Fabio Luisi, and as Hermann in Robert Carsen’s production of Tchaikovsky’s Pique Dame conducted by Michail Jurowski. Mr. Jovanovich also makes his role debut as Walther von Stolzing in Sir David McVicar’s production of Wagner’s Die Meistersinger von Nürnberg at San Francisco Opera under the baton of Sir Mark Elder, and his company debut in the same role with Opéra National de Paris under the baton of Philippe Jordan. He will return to the Bayerische Staatsoper in Munich as the Chevalier des Grieux in Puccini’s Manon Lescaut by Hans Neuenfels, conducted by Asher Fisch, and as Don José in Bizet’s Carmen under the baton of Dan Ettinger. Mr. Jovanovich concludes his season with his company debut at Opera Australia as Don José in a new production of Carmen.


Mr. Jovanovich’s 2014-2015 season featured performances at San Francisco Opera as Sam in Carlisle Floyd’s Susannah in a new production by Michael Cavanagh, the Metropolitan Opera as Sergei in Shostakovich’s Lady Macbeth of Mtsensk under the baton of James Conlon and as Don José in Carmen conducted by Pablo Heras-Casado, Lyric Opera of Chicago as Walter in Chicago’s highly-anticipated production of Mieczyslaw Weinberg’s The Passenger, and Opernhaus Zürich as Florestan in Beethoven’s Fidelio at under the baton of Fabio Luisi. His orchestral engagements included Beethoven’s Missa Solemnis with the Los Angeles Philharmonic and San Francisco Symphony, both under the baton of Michael Tilson Thomas, concert performances of Fidelio with Michael Tilson Thomas and the San Francisco Symphony, Janáček’s Glagolitic Mass with Jiří Bělohlávek and the Czech Philharmonic at Vienna’s Musikverein, and Act I of Puccini’s Tosca opposite Sondra Radvanovsky and Bryn Terfel with the Boston Symphony Orchestra at the Tanglewood Festival.


Mr. Jovanovich made role debuts in Wagner’s Der Ring des Nibelungen as Froh (Rheingold) and Siegmund (Die Walküre) with the San Francisco Opera in 2011 in the highly acclaimed production by Francesca Zambello, under the baton of Donald Runnicles, and his U.K. debut at the Glyndebourne Festival as Don José in David McVicar’s production of Carmen, conducted by Stéphane Denève. He later returned to Glyndebourne to sing the Prince in Dvořák’s Rusalka which was released as a live recording on Glyndebourne’s independent label.


A native of Billings, MT, Brandon Jovanovich received his training at Northern Arizona University and Manhattan School of Music. He was the recipient of the 2007 Richard Tucker Award and was twice a New York City district winner in the Metropolitan Opera National Council Auditions. He was a founding member of the Seattle Young Artists program and was a member of the Santa Fe Opera Apprentice program, where he was given the Anna Mackay Case Award. He won the Crawley Award from the Young Patronesses of the Opera/Florida Grand Opera Voice Competition and in 2004 he was given the prestigious ARIA Award.