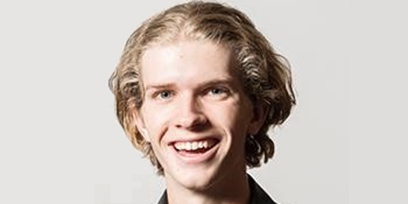 Caleb grew up in the rolling countryside of North East Victoria, and decided to pick up the cello as a five year old after hearing it in his favorite Powderfinger song. He studied at the Australian National Academy of Music and his passion for the instrument has taken him across Australia, NZ, Europe and China as an orchestral and chamber musician. Caleb’s first experience of opera was playing Debussy’s Pelléas et Mélisande with Victorian Opera and he is thrilled to spend a year immersing himself in the incredibly rich genre. Aside from the cello, Caleb is an avid birdwatcher and loves getting out into nature.