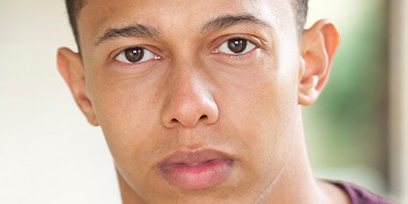 Callum Francis is a UK born actor best known for his portrayal as ‘Lola’ internationally in the hit Broadway musical Kinky Boots. He first played the role in the original London Production at the Adelphi Theatre on the West End before he came to Australia for Michael Cassel’s Australian tour of the production. For his work as Lola in Australia, Callum won the Best Male Actor in a Musical at the 2017 Helpmann Awards and the Greenroom award for Best Male Lead in a Musical. After this, Callum returned to open the UK Tour and then in January 2019 he ended his run as Lola, at the Al Hirschfeld theatre on Broadway. Callum is the only actor to play the role on 3 continents over 4 different companies.

Callum was most recently seen in GWB’s production of Girl From the North Country at the Theatre Royal, as well as singing alongside the West Australian Symphony Orchestra in Disney in Concert. Callum has also been seen in shows including Rent at the Sydney Opera House, where he performed as ‘Tom Collins’, as well as Cameron Mackintosh’s London revival of Miss Saigon at the Prince Edward Theatre and other West End productions such as Disney’s The Lion King at the Lyceum Theatre, and Ghost at the Piccadilly Theatre. Aside from Kinky Boots, internationally Callum has toured with Hair The Musical and opened the Shanghai Culture Square with Ultimate Broadway.

Preceding his professional debut, in 2010 Callum graduated from Laine Theatre Arts in Epsom, UK. He loved his time in Australia for Kinky Boots and is very happy to have found home here.

Callum would like to dedicate his performance to the memory of his number one fan, his Grandad. The most accepting human on the planet.