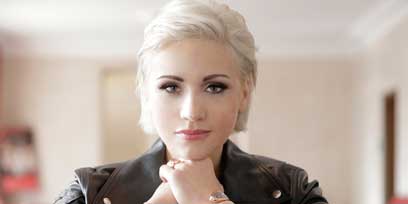 Carmen Giannattasio’s unique talent has been in demand worldwide since her career was launched by taking First Prize and the Audience Award at Placido Domingo’s Operalia, Paris in 2002. Her lustrous soprano voice and her dramatic ability gained her immediate critical attention and a reputation as a chameleon, able to adapt her tune and skin to the different heroines she embodies.

She has become an acclaimed fixture on the most important stages of the world, including the Metropolitan Opera, Royal Opera House, Teatro alla Scala, Bayerische Staatsoper, Berlin State Opera, Wiener Staatsoper and Bolshoi.

Since being chosen to front important new bel canto recordings by Opera Rara, who champion rarely performed operas of the 19th century, she has distinguished herself in Rossini’s La Donna del Lago, Donizetti’s Parisina and in particular Rossini’s Ermione – a performance which has earned her plaudits from leading critics worldwide, with the recording winning the 2011 Gramophone Opera Award. Her recordings with the English label also include Bellini’s Il Pirata (2010) and Donizetti’s Caterina Cornaro (2011).

Carmen Giannattasio is an ambassador for the Italian jewelers Bulgari.

Future engagements include Tosca in Sydney and Vienna, La Bohème in Hamburg, I Masnadieri in Munich, Falstaff in Aix en Provence and Lyon, and Aida in Oviedo.