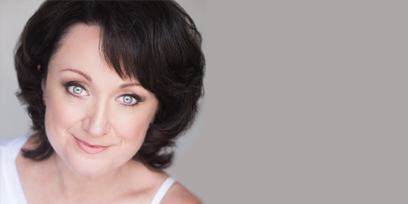 From the theatres of Broadway and the West End, to the world’s preeminent concert stages, Caroline’s international renown shines light not only on her immense creative skills and talent, but also her passion, her dedication, her boundless energy and sheer hard work. She remains one of the most respected, admired and sought after triple threats in show business.


Caroline began her professional career as a ballet dancer with the Australian Opera Company after studying at the esteemed Royal Ballet School in London. She went on to perform extensively throughout the UK and Europe, most notably making her West End leading lady debut in 1995 as Mabel Normand in Jerry Herman’s Mack and Mabel, earning her first Laurence Olivier Award nomination for Best Actress in a Musical.


At home in Australia, Caroline’s credits are firmly stamped in theatrical history. Reviewing her most recent role as Rose in The Production Company’s sellout season of Gypsy, the Herald Sun wrote, “Gypsy is a star vehicle showcasing luminary Caroline O’Connor in a role that confirms her position in musical theatre royalty.” In addition to the recognition she received for her roles as Velma Kelly in Chicago (Mo Award, Green Room Award, Australian Dance Award), Anita in West Side Story (Mo Award, Green Room Award) and Aldonza in Man of La Mancha, Caroline also garnered accolades for her peerless interpreting of Edith Piaf in Piaf (Helpmann Award, Green Room Award) and Judy Garland in the world premiere of End of the Rainbow (Helpmann Award, Sydney Stage Award) at the Sydney Opera House.


Caroline came to world attention in 2001 as tango dancing ‘Nini Legs in the Air’ in Baz Luhrmann’s Academy Award winning film Moulin Rouge. In 2002, Caroline made her Broadway debut as Velma Kelly in Chicago at the Shubert Theatre. Following rave reviews, her successful season was extended, and Caroline was later invited to perform at the show’s 10th Anniversary Galas in New York and London, alongside legends Chita Rivera and Joel Grey.


The one-woman play Bombshells, was written for Caroline by award-winning playwright Joanna Murray-Smith and played seasons in Melbourne, Sydney, Adelaide, before touring to sell-out performances at the Edinburgh Festival, where Caroline won the coveted Fringe First Award. It also played at the Arts Theatre in the West End, where Caroline received her second Laurence Olivier Award nomination for Best Actress in a Play. Caroline has since taken Bombshells to America and Canada and it was filmed for Australian television. In 2008, distinguished Australian playwright David Williamson, penned Scarlett O’Hara at the Crimson Parrot for Caroline, commissioned by the Melbourne Theatre Company.


Back in the UK, Caroline starred in the English National Opera’s production of On the Town jand later in Paris at the Chatelet Theatre. She also had the honour of headlining both the BBC Proms’ Hooray for Hollywood concert, and Stephen Sondheim’s 80th birthday celebration at the Royal Albert Hall. In 2010 Caroline’s solo show The Showgirl Within was produced at London’s Garrick Theatre. Caroline became the ‘toast of Paris’ in La Monde when she played Mrs Lovett in Sweeney Todd at the Chatelet Theatre and Le Figaro stated that her performance was quite simply, brilliant.


Caroline has work-shopped two new Broadway musicals with Woody Allen and Hal Prince, both directed by Susan Stroman and in 2012 originated the Broadway role of Miss Shields in the Tony Award nominated A Christmas Story: The Musical at the Lunt Fontanne Theatre. She reprised the role the following year at Madison Square Garden, and went on to perform the musical’s showstopper “You’ll Shoot Your Eye Out”, to a televised audience of over seven million people at The 67th Annual Tony Awards at Radio City Music Hall.


In a role she seemed destined to play, Caroline was cast as Ethel Merman in the Cole Porter biopic De-Lovely (2004), and starred in the Australian film Surviving Georgia. She portrayed Les Girls choreographer, Sheila Cruz, in the ABC television film Carlotta and has appeared in the cult comedy series Lowdown.


Caroline has recorded four solo CDs and appeared on numerous cast recordings and television variety programs. She has delighted audiences worldwide with her concert performances and her signature musical show From Stage to Screen has been presented at the Sydney Opera House and on television.