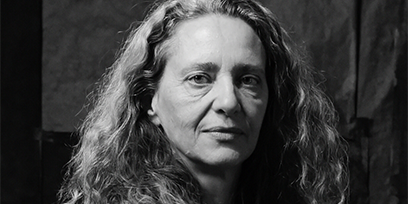 Catherine Meyburgh works in film as director and editor, and in theatre and opera as projection designer. She has collaborated with William Kentridge since the mid 1990’s as editor on his animation films (Stereoscope and Other Faces), theatre works (Ubu and the Truth Commission) and operas; Lulu and Wozzeck (Alban Berg), The Nose (Shostakovich), and The Magic Flute (Mozart).

She has worked alongside William Kentridge and Philip Miller on the multi-media installation The Refusal of Time, and in television she has edited the ground breaking drama series Yizo Yizo. As film director she is currently completing the documentary Dying for Gold (2018) with co-director Richard Pakleppa. She is the projection designer for the Head & the Load directed by William Kentridge, for the Tate Modern in London (2018) and The Armory in New York.

Her work as projection designer has been presented at The Metopera, New York, Amsterdam Opera, La Scala in Milan, at the English National Opera (ENO), Rhurtriennale, dOCUMENTA13, Iziko Museum in Cape Town, Aix-en Provence, Salzburger Festspiele amongst many others.