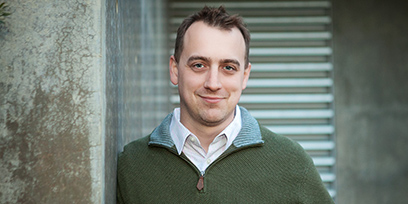 Chad R. Jung has designed more than 300 productions for opera, theatre, music, and dance.  Opera credits include more than 50 productions for a companies including Atlanta Opera, Dallas Opera, Fort Worth Opera, Opéra de Montréal, Palm Beach Opera, The Opera San Antonio, and Opera Tampa.  As lighting director for the Fort Worth Opera Festival, Mr. Jung has designed a vast repertoire of opera including the critically acclaimed world premiere of JFK.

As a founding member Amphibian Stage Productions, Mr. Jung’s live theatre design Off Broadway for Leonce & Lena was praised by the the New York Times as “mesmerizing”.  Other theatre productions of note include: Julia Pastrana directed by J.V. Mercanti at the Greenwich Street Theatre, the world premier A Leopard Complains of Its Spots in NY and International theatre festivals in Italy and Russia.

Chad R. Jung has collaborated on a variety of unique projects including Frances Bagley and Tom Orr for the Nabucco installation at the Dallas Museum of Art.  Design for live music includes: Drew Holcomb, Chris Botti, Renée Fleming, Sharon Irving, Chad Lawson, Lyle Lovett and Willie Nelson.  Jung’s love of dance began with his mentor Tony Tucci and Choreographer Bruce Wood who help launch his career of collaborations in more than 40 cities across the United States for companies like: Ballet Austin, Caroline Calouche, Dallas Dance Festival, Metropolitan Classical Ballet, Texas Ballet Theatre, and the Washington Ballet at the Kennedy Center.

Chad is devoted to motivating the next generation of young leaders and artists.  He is the resident lighting designer for UNT Opera and Kids Who Care Inc., where he works side by side with students and young professionals to inspire the next generation of artists and leaders who will reach far beyond live productions to promote positive change in world.