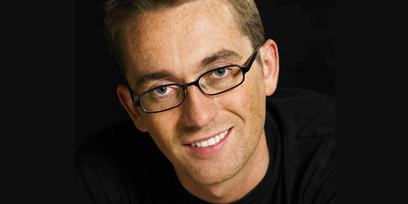 Christopher Field is a graduate from the University of Melbourne and continued postgraduate studies at The Royal Academy of Music, London, where he obtained the DipRAM in Opera.


Operatic engagements have included the role of Waki-tsure in Crispin-Cresswell’s The Nameless Dead, John Adams’ El Nino at the Sydney Opera House and Military Governor in Judith Weir’s A Night at the Chinese Opera. Other appearances have included Tolomeo in Handel’s Giulio Cesare with Opera Australia – for which he was nominated for a Green Room Award and a Helpmann Award. He made his debut with the Komische Oper Berlin as Arkane in Handel's Teseo and debuted also with the Dresden Semperoper as Nireno in Handel's Giulio Cesare.


In 2011, he sang Armindo (Partenope) for Opera Australia and repeated this role in OA’s 2013 Melbourne Season.  In 2012, he was engaged for the first complete performance of Stockhausen’s Mittwoch aus Licht (at the Birmingham Opera Company); he also created the role of Bruno in Stefano Gervasoni’s Limbus Limbo for Les Percussions de Strasbourg and Opera du Rhin. In late 2014, he returned to Australia for performances of Messiah with the Melbourne, Adelaide and West Australian Symphony Orchestras; in late 2016, he sings Messiah with the New Zealand Symphony Orchestra and the Perth Symphonic Chorus.


Christopher has worked as soloist in concert in Europe and Australia including his debut with the City of Birmingham Symphony Orchestra in Stravinsky's Threni and A Sermon, A Narrative and A Prayer and, in 2012, with Musik Fabrik, Cologne on Ferneyhough’s Finis Terrae. He was a member of the acclaimed contemporary music ensemble EXAUDI and currently holds the position of Vicar Choral at St Paul’s Cathedral, London.


Christopher Field appears as countertenor soloist on a number of recordings: Zelenka’s Litanies of St Francis Xavier and Tobias Hume’s A Soldier’s Resolution (Move Records), Handel’s Messiah and Empires with Latitude 37 (ABC Classics). Other releases include Handel Cantatas with Accademia Arcadia (Tall Poppies), The Food of Love with Salut! Baroque, A Noble Noyse of Musicke with The Royal Winds. He has recorded several discs on the Signum label with the ensemble Tenebrae, and on Hyperion with the British ensemble Polyphony including Cloudburst which earned a Grammy nomination.