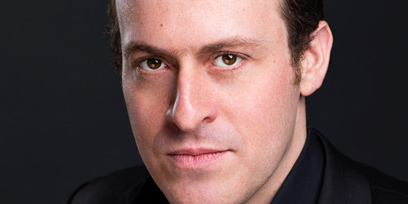 Christopher Hillier’s most recent appearances for Opera Australia have included Zurga in a new production of The Pearl Fishers, Belcore in L’elisir d’amore, The Convict in The Rabbits, Dancairo in Carmen and The Count in their national tour of The Marriage of Figaro.  In concert, he sang The Celebrant (Bernstein’s Mass) at the Sydney Opera House, Vaughan Williams’ Sea Symphony for Sydney Philharmonia and undertook a tour to China as Papageno (The Magic Flute). For the national company in 2018, he took principal roles in Rigoletto, The Merry Widow, La bohème and Metamorphosis returning in 2019 for Turandot, Salome, Rigoletto, Il viaggio a Reims, Madama Butterfly and Andrea Chénier.

Christopher graduated from the Sydney Conservatorium with a Bachelor of Music with First Class Honours in 2006 and the National Opera Studio (London) in 2007.

He is the recipient of numerous awards and scholarships, most notably the Opera Foundation Covent Garden Scholarship in 2006.

He has a wide and varied concert repertoire including Handel’s Messiah, Orff’s Carmina Burana, Vaughan Williams’ Dona Nobis Pacem and Haydn’s Mass in Time of War.  He has performed regularly for Sydney Philharmonia, Art Song NSW, the Joan Sutherland Society of Sydney and many other societies in the UK, Italy, Germany and Australia; he sang the baritone solos in the Requiems of Fauré and Duruflé for the New Zealand Chamber Choir in Wellington.

2010/2011 appearances included Brett Dean’s Bliss for Opera Australia in Sydney, Melbourne and at the Edinburgh festival, Monteverdi Vespers for Sydney Philharmonia and a Gala Concert with the SBS Youth Orchestra at the Sydney Opera House.  He also sang Germont in La traviata for OA’s national touring production, performed Fiorello in The Barber of Seville and appeared in concert in Beijing.

He joined the principal ensemble of Opera Australia in 2012 – singing Zurga in The Pearl Fishers, Jupiter in Orpheus in the Underworld, Christian in Un ballo in maschera and the title role in Don Giovanni for OA’s touring production; he also made his international stage debut as Dr. Malatesta in Don Pasquale in Tokyo, Japan.