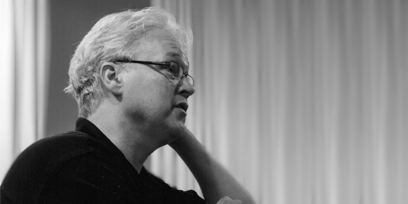 
After study at the Victorian College of the Arts with Dame Joan Hammond, he won the Bond Family Scholarship for Tenors; it was receiving the German Opera Award from Opera Foundation Australia which took him to Germany on contract with Cologne Opera – the springboard to a long European-based career.


In opera, he has worked at major houses in Germany including Cologne, Dresden, Dusseldorf, Essen, Frankfurt, Hannover, Leipzig, Kassel, Kiel, Nuremburg, Weimar, Wiesbaden as well as at theatres such as San Francisco Opera, the Gran Teatre del Liceu in Barcelona, Het Musiktheater in Amsterdam, Flanders Opera, the National Opera of Bulgaria and Welsh National Opera.


His wide ranging operatic repertoire comprises over 60 major roles and covers both familiar and lesser known works of Handel, Mozart, Rossini, Donizetti, Puccini, Verdi, Bizet, Gounod, Meyerbeer and Berlioz – as well as a significant number of 20th century masterworks and world premieres. He has sung roles with great technical difficulties such as the florid singing in Argirio (Tancredi) the exposed bel canto of Percy (Anna Bolena), the many dramatic top Cs for Arnold (William Tell) and the powerful lyricism of Aeneas (The Trojans) as well as portraying complex characters such as Don José (Carmen), Alwa (Lulu), Zvigny (Osud), Stewa (Jenufa), Sandy (The Lighthouse) Dov (The Knot Garden) and Novice (Billy Budd).


For Opera Australia, his roles include Almaviva (The Barber of Seville), Ramiro (La Cenerentola), Nemorino (L’elisir d’amore), Leicester (Maria Stuarda), Fenton (Falstaff), Rinuccio (Gianni Schicchi), Nadir (The Pearl Fishers) and as “the Boy” in the world premiere of Madeline Lee – for which he received a Helpmann Award nomination.  In 2016, he will sing Loge in Opera Australia’s production of Der Ring des Nibelungen.


Christopher’s concert repertoire includes most of the concert choral classics from Monteverdi to Verdi, from Bach Passions to Beethoven’s Ninth Symphony. He has performed with choirs in Australia such as Sydney Philharmonia and Melbourne Chorale and with orchestras, choirs and festivals throughout Europe.


He has also recorded a number of CDs of 20th Century German Song for the Orfeo label.