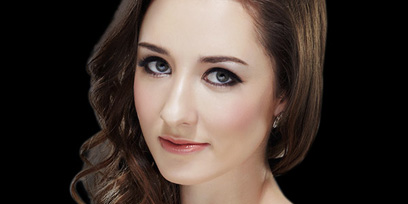 Claire is delighted to be returning home to Australia after starring as Christine Daaé in the World Tour of The Phantom of the Opera for the past two and a half years – originating the role in several countries. She is also one of few actresses in the world to have been involved in both The Phantom of the Opera and its sequel Love Never Dies in which she understudied and performed the same role of Christine in the Australian National Tour from 2011 to 2012.


In 2013, Claire made her Australian debut in a lead role in a musical, starring as Mabel in The Production Company’s Broadway version of The Pirates of Penzance at Hamer Hall in Melbourne, which earned her a Green Room Award nomination. Last year she made her Australian Cabaret Debut in Songs of Stage and Screen as part of The Ballarat Cabaret Festival.


From 2009 to 2011 she obtained a full time contract with Opera Australia where she performed numerous roles at the Sydney Opera House and State Theatre, Melbourne including ‘Barbarina’ in The Marriage of Figaro, ‘Ida’ in Die Fledermaus as well as understudying the roles of ‘Olga’ in The Merry Widow and ‘Anne Egermann’ and ‘Mrs Nordstrom’ in Sondheim’s A Little Night Music.


In 2008, after graduating with a Bachelor of Music Performance from the Victorian College of the Arts, Claire was a part of the Australian National Tour of My Fair Lady. Claire also recently released her debut solo album ‘On Stage’, featuring some of her favourite Broadway hits including songs from The Phantom of the Opera, Love Never Dies, My Fair Lady and more!


To find out more about Claire, visit www.clairelyon.com