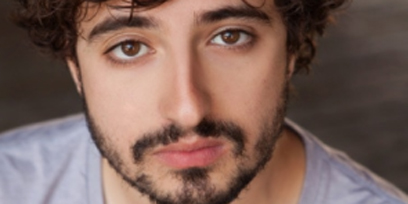 Constantine Costi is a Sydney based director, writer, and co-artistic director of Redline Productions at the Old Fitz.

In 2020 he directed the feature film A Delicate Fire for Pinchgut Opera based on the madrigals of Barbara Strozzi, wrote the libretto of a new Australian opera Cassandra for Victorian Opera by composer Simon Bruckard, and directed Monochromatic, a series of piano portraits for Phoenix Central Park.

For the Australian Brandenburg Orchestra, Constantine directed Karakorum starring David Wenham, the award-winning production of Bittersweet Obsessions, and Messiah which played to standing ovations and sell-out seasons in Sydney, Melbourne and Brisbane.

In 2018, Constantine directed and co-created (with siblings Michael and Rosemarie Costi) the world premiere of jazz musical The Overcoat for Belvoir’s 25A.  Constantine was revival director for Sir David Mc Vicar’s Vienna State Opera production of Falstaff for the National Centre of Performing Arts in Beijing; and revival director for Opera Australia’s production of La Traviata.

Constantine won The Berlin New Music Opera Award with The Opera Foundation for Young Australians where he worked with Komische Oper Berlin’s directing team on the premiere of Tchaikovsky’s Eugene Onegin directed by Barrie Kosky.

In 2017, Constantine directed Puccini’s Suor Angelica for Opera Projects Sydney; co-wrote the immersive theatre experience Visiting Hours for Sydney’s Vivid Festival (which had a sold-out return season in 2018); directed Puccini’s Il Tabarro at Alfie’s Sydney; and directed The Space between the Fuel and the Fire for NIDA.

Constantine was a member of the Belvoir Artists’ Workshop and was affiliate director with Griffin Theatre.

Constantine’s screen credits include: music videos, I Know What You’re Hiding (Hedge Fund) and Into My Arms (Bloods) for Triple J Unearthed; and the short films Ferguson and Daisy and Ursula and Donny.

Constantine is a graduate of the National Institute of Dramatic Art in Directing and holds a Bachelor of Communications (Media Arts and Production) from the University of Technology, Sydney.