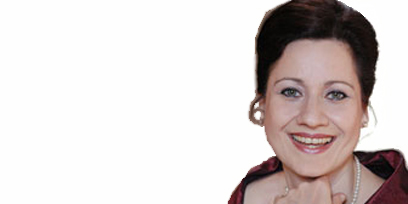 Soprano Csilla Boross’ most recent and notable performances include Nabucco (Abigaille) at the Teatro dell'Opera di Roma with Riccardo Muti, which was broadcast on live television throughout Europe on ARTE. She was also chosen by Maestro Muti to perform in the gala performance celebrating the 150th anniversary of Italy.

In 2011-12 season she appeared in Suor Angelica (Angelica) and in Il tabarro (Giorgetta) directed by David Pountney, at the Opera de Lyon which was on broadcast on live television throughout Europe on MEZZO, and in Nabucco (Abigaille) at Washington National Opera with Philippe Auguine, directed by Thaddeus Strassberger. During the Summer she sang again under the baton of Riccardo Muti as Sancta Susanna (Sancta Susanna) in the one act opera of Hindemith at the Ravenna Summer Festival. She was also heard as Aida at the Savonlinna Opera Festival with Elio Boncompagni.

Upcoming new performances in the 2012-13 season include Tosca at the XXIV International Music Festival of Macau, Eugen Onegin (Tatyana) at Janácek Theatre Brno, Nabucco (Abigaille) at Teatro Verdi di Pisa, I due Foscari (Lucrezia), Nabucco (Abigaille) with Riccardo Muti at the Teatro dell'Opera di Roma, Simon Boccanegra (Amelia) at the Budapest State Opera, Macbeth (Lady Macbeth) at the Savonlinna Opera Festival and Nabucco (Abigaille) at the Opera Company of Philadelphia.

In 2010-11 Ms. Boross made another important Italian debut as Violetta in La Traviata at the Teatro Verdi di Trieste and in spring at the Teatro Comunale di Modena as Lady Macbeth, and in the summer as Tosca at Teatro dell'Opera di Roma (Treme di Caracalla). She makes her USA debut as Abigaille in Verdi's Nabucco with Palm Beach Opera on December 11 and 13. The artist will also be heard at the National Theater Prague as Fiordiligi, Elettra and Donna Anna and at the Janácek Theater Brno in a new production of Nabucco and revivals of Eugene Onegin (Tatyana), Aida, Madama Butterfly (Cio-Cio San), La Traviata (Violetta), and Macbeth (Lady Macbeth). In July she makes her debut in France as Manon (Manon Lescaut) directed by Jean-Paul Scarpitta at the Opéra National de Montpellier.

Csilla Boross is the 2009 recipient of the prestigious Czech Television’s THALIA Prize for her appearance in Brno as Cio-Cio-San in Puccini's Madama Butterfly.

The artist also performs on the concert platform on a regular basis and has an extensive repertoire.


Master of music in singing and teaching at Liszt Ferenc University of Music (Budapest, 2001)


In 1998 she was granted a scholarship by the town of Székesfehérvár, and she also attended several masterclasses given by Ileana Cotrubas, Walter C. Moore, István Gáti, Ralf Döring, Anna Reynolds, Renato Bruson to name a few.