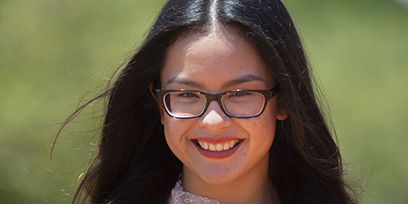 Music was something that enhanced Darma’s childhood and played a huge part of her early life. Damar has been composing songs since she was young. Singing is Damar’s predominant instrument, with guitar second and piano third. Previous performances include Broome senior high school and performance showcases, along with singing the National Anthem at Bedford Park for Anzac Day Dawn Service in 2019.


In 2019 Damar was Head Girl of Broome Senior High. In Year 10 Damar was a school mentor taking a group of Year 7 students overseas to Japan. Damar became an ambassador for YOH Fest Australia through a performance gig at Broome Civic Centre.


Damar is highly passionate about the environment and the wellbeing of other animal species on earth. Her lifelong dream is to eradicate all abuse and cruelty towards animals, and to own an animal sanctuary to protect and preserve species in their natural habitat.


Damar is enjoying her next journey on stage with Bran Nue Dae travelling around Australia.