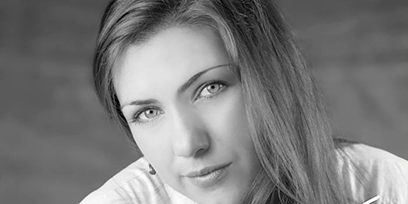 Danita Weatherstone is an Australian-born soprano and a current member of Opera Australia’s Young Artist Program. She completed a Bachelor of Music Performance and a Post Graduate Diploma in Opera at the Sydney Conservatorium of Music.

As the winner of the Mozarteum Award in the 2013 Australian Singing competition, Danita completed further studies in Salzburg at the Mozarteum, with a Post Graduate Fellowship in Opera and Music Theatre. During this time Danita also undertook coaching at the Vienna State Opera.

For Opera Australia, Danita has covered the roles of Mimì in La Bohème, Liù in Turandot and Micaëla in Carmen. In Opera Australia’s Ghost Sonata, Danita performed the role of ‘The Young Woman’  where she received praise for her shining voice and character portrayal. She performed the title role of Madama Butterfly in Opera Australia’s 2018 Australian National Tour, which also included a performance in the role of Kate Pinkerton. In 2017, Danita performed Isabella in El Kid on the NSW School’s tour, and workshopped and recorded ‘By the Light of the Moon’ for the 2018/19 schools education package. Other company roles include; Maria in Nothing but a Raucous Instrument, Yum-Yum in The Mikado and Queen of the Night in The Magic Flute.

The concert platform has seen Danita perform in Opera Australia’s Great Opera Hits 2019-2020 concert series, promotional and fundraiser performances for Opera Australia across the country, guest performances at Frohnburg Castle and Salzburg Residence Palace Ball, scenes from Cosi fan tutti as Fiordiligi with the Mozart Opera Institute, recitals with Sydney Conservatorium Opera Ensemble and Carols at the Central Coast Stadium. Danita has also appeared in Cleopatra for Opera Projects Sydney, and made a live recording of Songs for Judith Wright for Sydney ABC radio.

Danita has been a finalist in many prestigious national singing competitions, which include; Deutsche Oper Berlin Award 2018, Lady Fairfax New York Scholarship 2016 with The Opera Foundation for Young Australians, the Australian Singing Competition 2013, Sydney Operatic Aria 2017, and semi- finalist for the Opera & Arts award and the Herald Sun Aria award. Danita has also been awarded both the Meranda scholarship and the Johnson Bequest to study Italian in Italy.