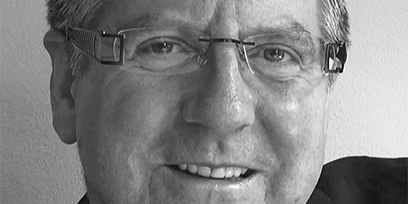 A tenor with a distinguished career in the fields of opera, oratorio and concert repertoire, David is originally from Scotland, where he graduated in singing and flute at the Royal Scottish Academy of Music and Drama and he has built a strong reputation and performed extensively throughout Australia, New Zealand, Germany and the UK.


He moved to Sydney in 1979 and was an early member of The Song Company, Australia’s premier a cappella vocal ensemble for 7 years after which he went freelance. Performances have included tenor roles in most of the major oratorios with all the major orchestras in Australia and New Zealand; and he has also performed to critical acclaim throughout Asia and was awarded the Australian Centenary Medal in 2001.


Operatic tenor roles include the title role in Britten's Albert HerringTurn of the Screw and male chorus in the Rape of LucretiaDie Entführung aus dem Serail and Loge in Wagner's Das Rheingold.


David relocated to Germany from 2007 to 2012, where he sang the title role in Mozart's Idomeneo in Neu Munster, performed the title role in Lohengrin for Saarbrucken Opera and in the same role, understudied Peter Seiffert in Luxemburg.


Other works include: recitals of Schubert, Schumann, Haydn and Beethoven repertoire (he recorded Beethoven’s Scottish Lieder for Brilliant Classics in 2008).


In 2014, he returned to Germany and Poland to sing Dvorak’s Stabat Mater with Berliner Choir and in New Zealand sang the Evangelist in St John’s Passion for Bach Musica NZ and performed in the Mozart Requiem under the baton of Paul Fitzsimon with Willoughby Symphony.


In 2016, David covers the enormous role of Siegfried in Wagner’s The Ring for Opera Australia.