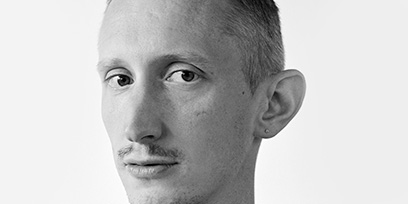 As an associate designer for Cameron Mackintosh, David has delivered Miss Saigon in Vienna, Old Friends – the Stephen Sondheim Gala in the West End, Oliver! in Tokyo and The Phantom of the Opera and the Les Misérables staged concert in the West End this year and previously The Phantom of the Opera UK tour and revived West End productions of Les Misérables and Hamilton, Miss Saigon in the West End and UK tour, Les Misérables as a UK tour, US tour, and in Tokyo, Mexico, São Paulo, Singapore, Manila, Seoul, Daegu and Half a Sixpence at Chichester Festival Theatre and the West End. Other associate roles include Twelve Angry Men at the Birmingham Rep and the West End, Annie and Man of La Mancha in São Paulo and Rio. As an assistant, he has worked on over forty theatre productions including Barnum, Funny Girl, Chaplin, Noises Off, Sister Act, No Man’s Land and Oliver!. David’s recent designs include The Wild Party and City of Angels for the Royal Academy of Music, The Sound of Music at Teatro Renault São Paulo, City of Arts in Rio de Janeiro, This is the Hour (a showcase of Claude-Michel Schönberg’s songs) at Royal Academy of Music, Hardboiled (nominated for an Offie Award for Best Design), David Copperfield and Writer’s Block for The Watermill Theatre, Idiot-Syncracy, Bilbao, and Tame Game and City, for Bloom Dance, which have toured internationally. Outside of theatre, David has designed a coffee shop within a Wren church in the City of London, and the restaurant Deli Ohio in Canton, Ohio and is currently designing an immersive exhibition of robotics in medicine.