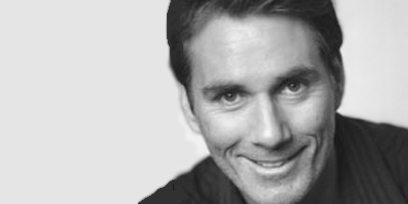 Australian tenor and composer David Hobson is one of Australia’s best known operatic and recording artists. He has sung many roles for Opera Australia and both state and international opera companies, including his award winning performances of Rodolfo (La Bohème) and the title role in Orphee.


Other roles include Don Ottavio (Don Giovanni), Ferrando (Cosi fan tutte), Count Almaviva (The Barber of Saville), Nadir (Pearl Fishers), Lindoro (L'Italiana in Algeri), Frederic (The Pirates of Penzance) and The Architect in the world premiere of The Eighth Wonder.


Special engagements include appearing with the San Francisco Opera in the world premiere of Dangerous Liaison, a performance in the Great Hall, Canberra for Her Majesty Queen Elizabeth and singing the national anthem at the AFL Grand Final. He is also well known from his appearances on Carols in the Domain, Carols by Candlelight, Spicks and Specks, It Takes Two, Dancing with the Stars and as a presenter on the Foxtel arts channel, STVDIO.


Recordings include The Promise, A Little Closer, Presenting David Hobson, The Exquisite Hour, Cinema Paradiso, French and Italian Arias, Handel Arias, Inside This Room (with David Hirschfelder), Tenor and Baritone (with Anthony Warlow), You'll Never Walk Alone (with Teddy Tahu-Rhodes) and Singing for Love (with Yvonne Kenny).  The latter two recordings occupied Number 1 on the Classical Charts for several weeks. His most recent recording The Enchanted Way (a collection of folk songs from the British Isles) was another Number 1 chart success and received an Aria nomination. David’s compositions include a music theatre version of Macbeth, the chamber opera Remembering Rosie, and the soundtrack to the film One Perfect Day, which was awarded Best Score by the Australian Film Critics Association.


David’s diverse ability was highlighted in 2010. For Opera Australia, he performed the title role in of Leonard Bernstein’s Candide for the Sydney Festival and Eisenstein in Die Fledermaus, he played to packed houses with his show Am I Really Here? at the Adelaide Cabaret Festival, performed Schubert's Winterreise for the Queensland Symphony Orchestra and toured nationally with soprano, Yvonne Kenny.


In 2011 David’s performances included The Merry Widow for Opera Australia and a national concert tour with Teddy Tahu-Rhodes.