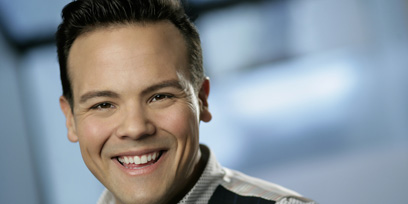 Praised for his impeccable clarity and beautiful tone, American tenor David Portillo is emerging as a major lyric talent and looks set for an important career in opera and concert on both sides of the Atlantic.


After making his debut at the Wiener Staatsoper as Conte Almaviva (Il barbiere di Siviglia) Portillo went on to make his debuts at the Festival d’Aix-en-Provence as Lurcanio (Ariodante) in the new staging by Richard Jones and at Salzburger Festspiele in concert performances of La favorite alongside Elīna Garanča and Juan Diego Flórez.


At home in the US, he recently made his debut with Lyric Opera of Chicago as David (Die Meistersinger von Nürnberg) and has established strong relationships with many of America’s important companies returning to Houston Grand Opera for Tamino (Die Zauberflöte) and Washington Opera for Ramiro (La cenerentola). This season he sings Conte for The Metropolitan Opera under Antony Walker and Andres (Wozzeck) for Lyric Opera of Chicago under Sir Andrew Davis.


Other major international engagements include Gonzalve (L'heure Espagnole) at the Saito Kinen Festival under Stéphane Denève, Ferdinand in Thomas Ades’ The Tempest with Accademia Nazionale di Santa Cecilia in Rome under the composer and a return to Aix for the role of Pedrillo in Martin Kušej’s new production of Die Entführung aus dem Serail. Portillo will reprise the role at Théâtre de Champs-Elysées with Le Cercle de l’Harmonie and Jérémie Rhorer at the beginning of this season.


David Portillo is a graduate of the Ryan Opera Center and alumnus of both the Merola Opera Program and Wolf Trap Opera in Washington, D.C. He studies with Stephen King.