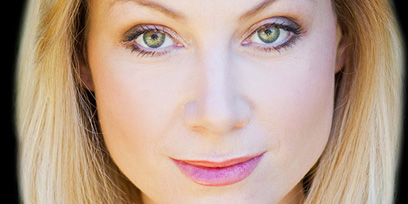 Originally from South Australia, Debora obtained a Bachelor of Arts Degree in Performing Arts from Adelaide University. Following this, she was offered the role of presenter for Network Ten’s national children’s program The Music Shop which aired daily across the country and overseas.

In 2004, Debora launched into professional musical theatre after being offered a role in Mel Brooks’ The Producers where she also understudied the role of Swedish secretary, Ulla. From there she went on to appear in Titanic – a new musical for Seabiscuit Productions playing the role of Madame Aubert and then was invited to be a walk in cover to Rhonda Burchmore in Respect the Musical.

After giving birth to twins in 2008, Debora was soon back on stage in GFO’s stage adaptation of the movie Calendar Girls, where she played the role of Elaine. Following this in 2009, Debora starred as femme fatale Gina Wong in Stalker Theatre’s worldwide debut of Shanghai Lady Killer for the Brisbane and International Arts Festivals.

Debora’s most recent and notable credits include playing the role of Sheila in the 2012 Helpmann Award winning musical A Chorus Line, for which she was nominated for numerous awards including a Helpmann for Best Supporting Actress, Sydney Theatre and GLUG awards. In 2014, Debora played the dual roles of Nickie and Ursula in Hayes Theatre Company’s debut production of Sweet Charity, under the direction of Dean Bryant and Andrew Hallsworth, earning her another Helpmann nomination for Best Supporting Actress.

In 2014, Debora made her concert debut with the Adelaide Symphony Orchestra performing the songs of James Bond movies at the Adelaide Festival Theatre under the baton of Guy Noble. Debora regularly appears as a product presenter and as the face of CHOOSI on Channel Nine and Seven’s morning shows. Most recently, Debora launched her own Cabaret show CABBARET, a biopic of the Swedish super group ABBA, co-written with Darren Mapes, which debuted at the Sydney Cabaret Festival in 2014.