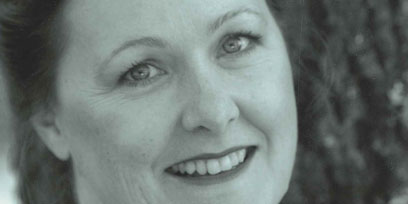 Background: Began singing studies in NZ, and in 1987 won the Mogil Song Contest, judged by Dame Kiri Te Kanawa. Awarded a Queen Elizabeth II Arts Council Scholarship (Jack McGill), 1988, enabling study abroad, and, following an extensive recital and singing schools tour of the USA and Europe, she went to the Royal Northern College of Music in Manchester, UK, for two years. She was based in the Uk for 11 years establishing herself as an oratorio, recital and opera singer working in Canada, the UK, Spain and New Zealand. Received a Major Peter Moores Scholarship. Operatic roles include Santuzza, Amneris, Carmen, Dido, Lucretia, Florence Pike, Ruggiero and Prince Charming in Massenet’s Cendrillon. Has taught singing at the Music Practice in Sydney and has been choral conductor of their choir for the last two years. Joined the OA chrous full time in 2007

Deirdre Elliott passed away on 10th August, 2014 after a tragic accident.

“Deirdre’s glorious voice, commanding presence and ringing laugh will be sorely missed from the stage, the rehearsal room and the dressing room, and by all whose lives she touched.”