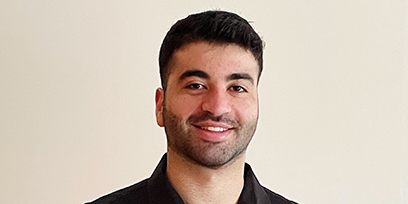 Dominic Azzi began studying violin at age three with Albert Suveges. He furthered his music education at the Conservatorium High School under the guidance of Maria Lindsay. He recently completed a Bachelor of Music (Performance) at the Sydney Conservatorium with Ole Bohn and is currently undertaking a Master of Music Studies degree with Ole. He participated twice in the FEMUSC music festival in Brazil, performing in masterclasses with Leon Spierer (Berlin Philharmonic Concertmaster) and Craig Mumm (Metropolitan Opera Orchestra) and others. He has also participated in workshops and masterclasses with former members of the Australian String Quartet at the Mount Buller Chamber Music Summer School. In 2021, Dominic won 3rd prize at the Kendall National Violin Competition. His music has spanned beyond the Western, Classical borders to include the oriental music of his background country Lebanon, the rich traditions of Egyptian artists as well as the spiritual chants of the Maronite Catholic Church.