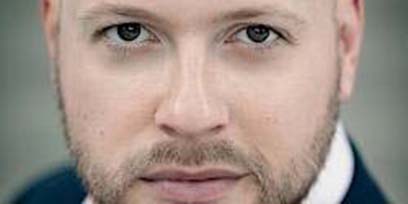 
His future engagements include his return to the Welsh National Opera, he will perform the role of an ensemble member in the Grand Théâtre de Genève and as Sarastro in The Magic Flute for his Luxembourge Opera debut. In 2020, Thomson will also make his Opera Australia debut for The Ring Cycle in Brisbane.


In 2017, Thomson joined Tiroler Festspiele Erl as an apprentice working under the tutelage of Maestro Gustav Kuhn, and performed Titurel Parsifal in their 2018 season.


His recent performance highlights include: Landgraf in Tannhäuser for Longborough Festival Opera, Colline in La bohème at Edinburgh Grand Opera, Fafner in Das Rheingold with Saffron Opera Group, Gurnemanz in Parsifal at Henry Wood Hall with David Syrus, Keeper of the Madhouse in The Rake’s Progress for Saffron Opera Group, Hunding in Die Walkure for Secret Opera Cardiff, Commendatore in Don Giovanni for Westminster Opera London in La Rochelle, Serviteur in Thais for Edinburgh International Festival with Sir Andrew Davis and Count Rostov in War and Peace for the RSAMD Opera School amongst many others.


Thomson was awarded the Solo Song Prize at the 2006 Ohio State Vocal Concourse, the Winifred Crawford Smith Prize and the Open Oratorio Class at the 2005 Edinburgh Competition Festival. He has also received the Carol Rees Award for Advanced Musical Studies in Wagnerian Repertoire.