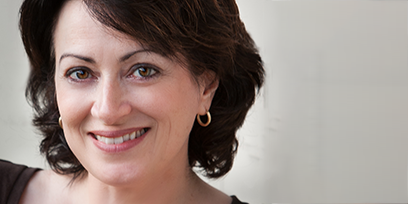 Donna Balson has enjoyed a multi-faceted relationship with Opera Australia for more than 30 years, starting as surtitle operator and member of the full-time chorus. Although living in Germany and the US since 1986, she has returned regularly to work as a soloist, and, since 2009, as a visiting coach. A graduate of the Sydney Conservatorium High School, she continued her studies at the ‘Con’ with a Bachelor of Music in vocal performance and the Diploma of Opera. She holds a Master’s degree in Educational Leadership and Policy.


Originally trained as a pianist, Donna had the unique opportunity to hone her teaching and coaching skills as accompanist in several leading voice studios alongside the development of her own singing career. Her work as assistant to the vocal pedagogue for the Frankfurt Opera was particularly instructive, as it involved working exclusively with soloists of all Fachs, preparing specific roles for performances in Frankfurt, around Europe and for the Metropolitan Opera, New York. Simultaneously, Donna was preparing for her own European performances, making her debut with the Frankfurt Chamber Opera, and going on to perform as soloist with the symphony orchestras of Prague, Amsterdam, and Stuttgart, as well as with Ensemble Modern and Opera Frankfurt.


Highlights of her repertoire include the roles of Leonora in La Forza del Destino, Margherita in Boito’s Mefistofele, Violetta in La Traviata and the title role in Tosca. In concert, she has sung the soprano solos in repertoire ranging from Bach and Mozart to Nono, including multiple performances of the Verdi Requiem.


A resident of New York since 1994, Donna continues to combine an active performing career with a busy coaching studio. She has appeared multiple times with the National Chorale at Lincoln Center and with the Symphony of the Americas, also traveling to New Zealand to sing with Canterbury Opera. She is a core member of the American Chamber Ensemble and has performed both as a singer and collaborative pianist in recitals across the US. She leaves a position as professor of voice at Hofstra University in New York, which she has held since 2005.