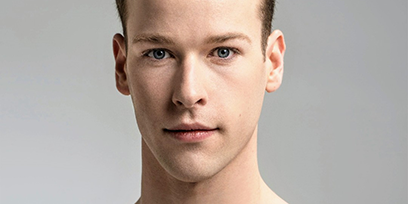 Edward Smith was born in Camden, NSW, and developed a love for classical ballet at an early age. At 16, Edward was accepted into the Australian Ballet School where he trained for three years before joining the Australian Ballet in 2016. There, he performed corps de ballet and soloist roles in works by Christopher Wheeldon, Alexei Ratmansky and John Neumeier, amongst a repertoire of traditional classical ballets, most notably the principal role of Franz in Coppélia and the peasant pas de deux in Giselle. In October of 2020, Edward accepted a position with the Royal New Zealand Ballet, one of the only ballet companies on stage at the time and performed in their acclaimed seasons of The Sleeping Beauty and Giselle. Edward has most recently performed as the alternate Jerry Mulligan in the 2022 Australian Tour of An American in Paris, which marked his musical theatre debut.