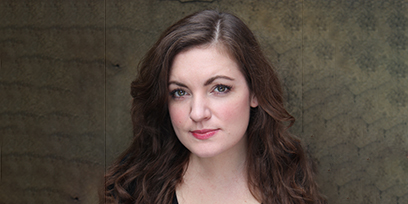 Eleanor is a graduate of the Royal College of Music in London and the Elder Conservatorium of Music in South Australia.

Her versatility as a performer has seen her work successfully across a number of genres including, opera and musical theatre.

Eleanor made her professional debut as Peep-bo in the Opera Australia production of The Mikado alongside Anthony Warlow, Judi Connelli and David Hobson. In the same year she performed as the Wife in Elena Kats-Chernin’s Undertow for Icebreaker productions touring to Hungary and Finland, Gretel in Humperdink’s Hansel and Gretel, Dot/Marie in Sunday in the Park with George at The State Opera Studio and Janet McGregor in South Pacific for Seabiscuit Productions/Festival Centre.

Eleanor was a member of the State Opera Studio Young Artist program performing many roles such as Lois/Bianca in Kiss me Kate, Princess and the Nightingale L’Enfant et les Sortilèges, Madame Herz in Mozart’s The Impressario and Tea Lady in The Station.

Prior to her departure to London to study at the Royal College of Music, Eleanor played the role of Amy in the Australian premier of Mark Adamo’s Little Women for the State Opera of South Australia and State Theatre.

Upon completing her studies Eleanor was invited to join Co-Opera to sing the role of the Queen of the Night in their production of Mozart’s The Magic Flute which toured Australia, Germany and Switzerland.

Whilst in London, she performed on the West End Stage as Mrs Jenks in The Tenderland by Copland and as a Swing, regularly performing the roles of Confidante, Bride in the Mirror, Wardrobe Mistress and Madame Firmin in The Phantom of the Opera at Her Majesty’s Theatre. She also performed the roles of Wild Women, Cartwheel and Page in The Phantom of the Opera 25th Anniversary Gala at Royal Albert Hall.

Since her return to Australia, Eleanor has performed the role of Sister Margaretta in the GFO/London Palladium production of The Sound of Music, Clara in Passion for Swell Productions and has regularly performed for Opera Australia and The State Opera of South Australia. She was also a finalist and prize winner for the MTO German/Australian Opera Grant.