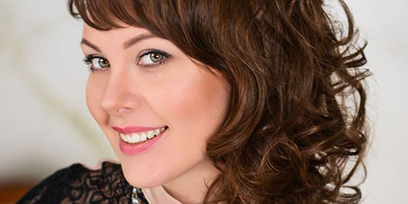 Elena Guseva studied at Shostakovich College of Music within Choirmaster Department, and graduated in 2006 with a Diploma of Excellence. Between 2006 and 2011, she was a student at the Moscow Conservatoire of Music, class of Prof. Galina Pisarenko (Diploma of Excellence).

Since December 2009 Elena Guseva has been the soloist of Stanislavsky and Nemirovich-Danchenko Moscow Music Theatre. There she sang the parts of Tatiana in Eugene Onegin, Antonia in Les Contes d’Hoffmann, Mimi in La Boheme, Micaela in Carmen, Natasha Rostova in War and Peace, Donna Elvira in Don Giovanni, Cio-Cio-san in Madama Butterfly, Donna Leonora in La Forza del Destino and Liza in The Queen of Spades.

In the season of 2018/2019 she sang the title-role of Tchaikovsky’s The Enchantress in Lyon, Desdemona in a new production of Otello in Moscow, Cio-Cio-San, Aida and Desdemona at the Wiener Staatsoper, Tatiana in Hamburg.