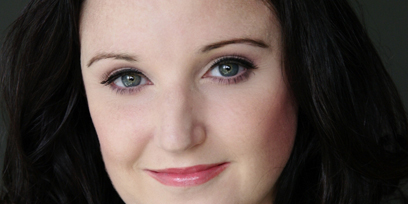 Emma was born in Australia and completed a Diploma of Opera at the Sydney Conservatorium and a Bachelor of Music Double performance at Newcastle Conservatorium.

She is the winner of numerous competitions including The Helpmann Fellowship, The Horace Keats, The Federated Music Clubs of Australia, and The Lady Galleghan prize in Opera Foundation’s Covent Garden Award.

Her roles for Opera Australia include Pamina/Queen of the Night/First Lady/Papagena: The Magic Flute (Touring). Bridesmaid: The Marriage of Figaro, First Orphan: Der Rosenkavalier and Donna Anna: Don Giovanni (Touring).

Emma has been a full-time chorus member since 2007.

Her roles for other companies include Flaminia: Il Mondo della luna (Haydn), Proserpina: World première of Scarlatti’s Il ratto di Proserpina, and Mrs Gobineau: The Medium, First witch: Dido and Aeneas. Musicals include Cosette: Les Misérables, Liesel: The Sound of Music, and Narrator: Joseph and the Amazing Technicolour Dreamcoat. She toured Australia in Hot Opera and On Broadway, and performed her own show on cruise ships. Concerts include Ribbons of Steel, John Rutter’s Feel the Spirit, Elijah.

Emma has a recording titled Think of Me.