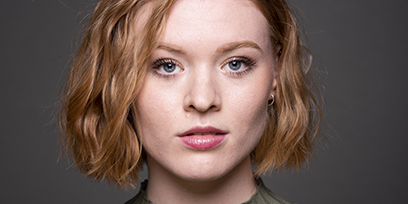 Originally from the north-west coast of Tasmania, Erica completed a year at Showfit before graduating from the Victorian College of the Arts with a Bachelor of Fine Arts (Music Theatre) in 2019. Her credits include performing as a featured vocalist in Home Grown Songbook Series: Bryant & Frank, ensemble and featured vocalist in Morning Melodies, Woodstock: A 50th Anniversary Celebration in the 2019 Melbourne Cabaret Festival, Flora cover and ensemble in Flora the Red Menace, and Hildy in On the Town. Most recently, Erica was cast as Lynne in Stepping Out and is delighted to join the cast of The Secret Garden! Erica is proudly represented by Ian White Management.