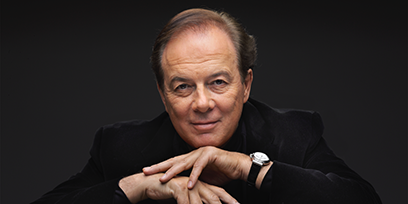 Ferruccio Furlanetto’s international career began as King Philip II in Verdi’s Don Carlo at the Salzburg Easter Festival with Herbert von Karajan in 1986. In the same year, he debuted at the Salzburg Summer Festival with the role of Figaro. His debuts on the leading opera stages happened earlier: Teatro alla Scala (1979), Metropolitan Opera (1980), Vienna State Opera (1985).

Furlanetto has made numerous recordings and many of his performances have been broadcasted internationally. He has performed at Teatro alla Scala in Milan, the Royal Opera House, Covent Garden, the Vienna State Opera, the Opéra National de Paris, and the New York Metropolitan Opera as well in Rome, Turin, Florence, Bologna, Palermo, Arena di Verona, Buenos Aires, Los Angeles, San Diego, Teatro Real Madrid, the San Diego Opera, the Canadian Opera in Toronto, Lyric Opera Chicago, Musikverein Vienna, Suntory Hall in Tokyo and Moscow. At the Mariinsky Theatre in St. Petersburg, he was the first Italian bass to appear in the title role of Mussorgsky’s Boris Godunov and as Prince Gremin in Eugene Oneguin. He also performed the role on the stage of Bolshoi Theatre with great critical and public acclaim, becoming the only Western artist singing Boris Godunov on both historical main stages of Russia.

To celebrate his 45 years on stage, he performed the greatest highlights of his career together with the pianist Natalia Sidofrenko at the White Nights in St. Petersbourg, at the Teatro Olimpico in Vicenza and the Magyar Opera House.

Ferruccio Furlanetto received many awards during his career among which the Premio alla Carriera in 2019 and title of Cavaliere di Verdi. He is an Honorary Ambassador to the United Nations, as well as Kammersänger and Honorary Member of the Vienna State Opera.