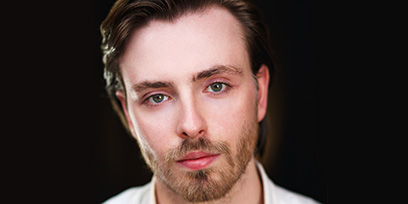 Gavin Brown is a graduate of The Sydney Conservatorium of Music where he received a Bachelor of Music (Performance) and Master of Music (Opera Performance). He recently performed in Opera Australia’s Turandot (2022) and Aida (2021) as a part of the chorus. 2019 saw him in New York performing the roles of Tamino in Die Zauberflöte, Basilio in Le Nozze di Figaro and in an operatic gala at Carnegie Hall. Recent credits include H.M.S. Pinafore (Hayes Theatre) and the new Australian works Chop Chef (Blush Opera) and Love Burns (Other Theatre Co). Other roles include Candide in Candide, Don Ottavio in Don Giovanni, Male Chorus in The Rape of Lucretia and Fabrizio Naccarelli in The Light in the Piazza. Gavin has performed with internationally acclaimed artists including Hans Zimmer (Australian Tour) and Patti Lupone (Don’t Monkey With Broadway Tour). Television appearances include being featured in the 2018 Carols in the Domain as a Young Star of Australian Opera and in the 2019 NRL Grand Final as a backing vocalist for One Republic.