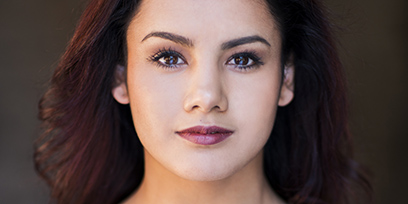 Proudly born and raised in Perth, Georgia Anderson moved to Sydney to pursue a career in entertainment and complete her Cert. IV in Performing Arts at Brent Street.


West Side Story marks her musical theatre debut, and she is thrilled to play the role of Estella in the production.