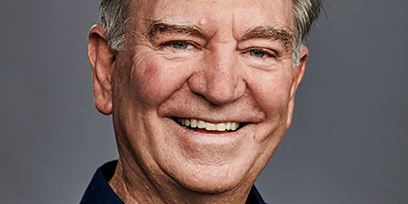 Graeme Macfarlane is a well-established principal singer with Opera Australia. Over the years, he has performed a broad range of roles, such as ‘Goro’ in Madama Butterfly, which he recently performed overseas. His repertoire also includes the very challenging role of ‘Mime’ in Wagner’s Ring Cycle. It was in this role that Graeme won an industry Green Room award in recognition of his excellent work.

Graeme has performed internationally with companies such as Scottish Opera, Welsh Opera and Northern Ireland Opera. He is a graduate of the Sydney Conservatorium. In 1979 Graeme won the prestigious Sun Aria award which enabled him to pursue further studies overseas. He completed a post graduate degree at the Royal Northern College of Music.

As well as performing with Opera Australia, he has been contracted to perform with State Opera of South Australia, Western Australian Opera, Queensland Lyric Opera and Canberra Opera.

He has also been involved in country tours around Australia, taking him too many of our well known and loved country centres, and even extremely remote places such as the Jigalong mission station in Western Australia. Jigalong was the setting for the Australian film Rabbit-Proof Fence.

There are many operatic recordings and DVDs of Graeme’s performances over the years. Some of his performances also feature our very own Dame Joan Sutherland on her return to Australia in the 1970s. It was in 1973 that Graeme commenced his professional career. This was the very same year that the Sydney Opera House was opened.